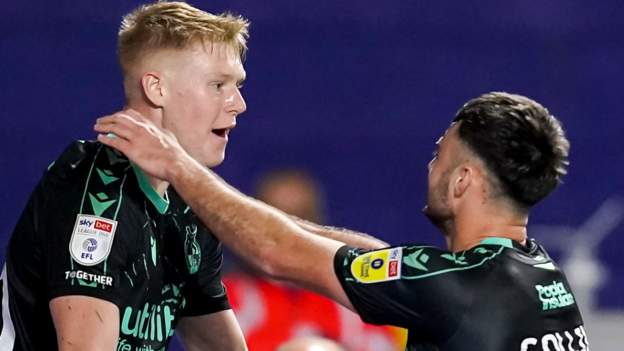 Sheffield Wednesday missed a chance to significantly close the gap on second-placed Ipswich as they surrendered the lead to draw at home to Bristol Rovers.

Goalkeeper David Stockdale came to the Owls’ rescue early on, saving from Aaron Collins who was through on goal following a defensive lapse.

At the other end, Lee Gregory headed just over and James Belshaw made a fine save to keep out a Josh Windass shot.

Stockdale was tested again, with Josh Coburn’s effort forcing him to save.

Michael Smith struck in time added on at the end of the first half, meeting a George Byers chip to the near post with a firm header.

Belshaw made a good save early in the second half to keep out Gregory’s effort.

The visitors equalized on the hour when Antony Evans played a ball into the area which Collins dummied, allowing Coburn to run into space and clip the ball over Stockdale and into the net.

Belshaw made a great save to tip over a Smith header a minute from time.