American Music Awards 2022: all the best looks of stars for the ceremony 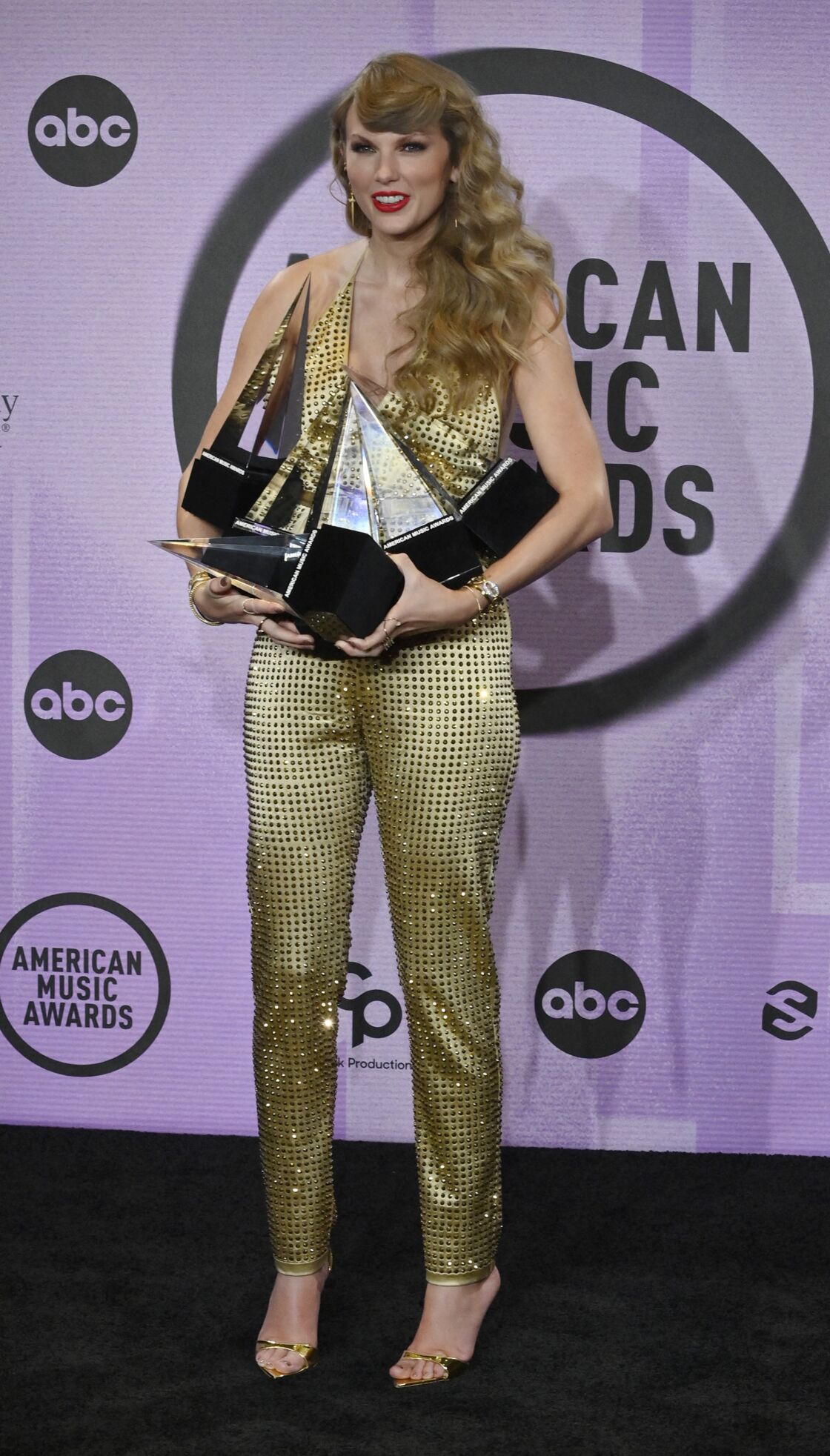 The 50th American Music Awards ceremony was held in Los Angeles on November 20, 2022. Very popular, one of the most glamorous ceremonies in the United States has rewarded all the greatest artists of music, from Taylor Swift with his rhinestone jumpsuit to the sequin dress of Pink.

Discover all the best looks of the evening !

Every year, the most popular stars gather at the American Music Awards, an evening organized at the Microsoft Theater in Los Angeles mixing glitter and rhinestones. For this 50th edition, the stars have once again attracted attention. In golden trousers like Taylor Swift in long dresses with Pink or Bebe Rexha… each star has put on his thirty-one. Starting with the big winner of this edition, Taylor Swift who mixed retro hairstyle with wore a large strand plated on the front of her face and combination with rhinestones The blondes and the Vram and jewelry Delfina Delettrez . Three times the winner, the famous American country singer became the most decorated artist in the history of the American Awards before Bad Bunny, Beyoncé, Kendrick Lamar and Morgan Wallen.

Like Taylor Swift, other stars have shone brightly and this is the case of the singer Pink and her sequin dress Bob Mackie, Ellie Goulding and her polka dot ensemble signed Philosophy di Lorenzo Serafini or Carrie Underwood and her long sequined dress Tony Ward.

Because originality always prevails, others have given free rein to their imagination and creativity. The singers Bebe Rexha and Kali Uchis fell for a total-look electrifying red, voted the star color of this autumn/winter 2022. Colorful from head to toe, the singers posed in front of the many photographers, in a Buerlangma dress for one and Dilara for the other.

Karrueche Tran or Muni Long are elegant with minimalist dresses

More minimalist, stars like Karrueche Tran or Muni Long have put on dresses that are very worked and that sometimes make travel. With its shell shape, the Juana Martin dress worn by the American singer and composer Muni Long stood out for its singularity. Circular and draped in black, she appeared during the fall/winter 2022 fashion show of the brand. No matter the styles, the stars have definitely chosen their camps in Los Angeles.

American Music Awards 2022: all the best looks of stars for the ceremony